They all have a name, a simple history, a few hobbies for laughs, some spare

to spend, three performance ratings and nine character Statistics that affect their behaviour, employee performance and whether or not they want to stay on board and make you rich.

Guest peeps pay to use your buildings. Each building comes preset with a standard cost they have to pay that can be adjusted by the player. Peeps also give small bonus amounts depending on how much they enjoyed using a building/piece of furniture. For example, Salt Hogs will pay a larger bonus than Gors for using a sleeping Berth. Peeps employed by you do not pay to use buildings or pieces of Furniture.

There are exceptions to this rule: peeps are not charged to use the Plaza Fountain and employed peeps do pay for the Roulesse Wheel. 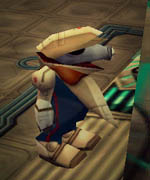 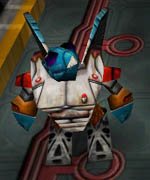 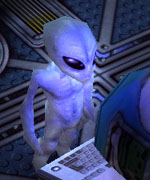 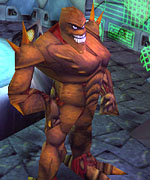 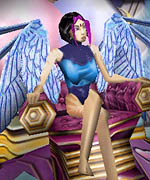 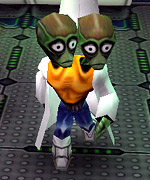 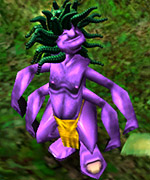 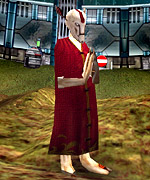 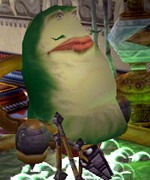 The nine statistics are tracking how everything on the station affects the peep. They record everything from health to how drunk they get. If a certain stat gets too low then it triggers a response in the peep to try and restore those lost points by using the facilities on the station.

A soulfully depressed peep can be converted to the church of Zedem by a skilled monk and become a Penitent or they can become corrupted and turn to crime.

These are other visitors to your station. What sets them apart from the others is that they serve no purpose, produce no goods or services, and you frankly don't want them there. How you deal with them is part of what makes your job as station supervisor such a challenge.

Intruders, sometimes referred to as enemy agents, are the undesirable infiltrators that make their way onto your station. In all honesty, who could not suspect the being that tiptoes quietly everywhere they go? They are there as saboteurs and assassins. They plant bombs next to critical station facilities, which must be found and disposed of before they go off. Facing your security team against them is also dangerous, as these intruders have more health than other races.

Intruders can also take the appearance of other peeps, in which case they will go extremely undetected unless you just happen across them. They enter either via the port or via matter-energy transport, appearing directly on the deck of your station in a beam of light. Sniff them out quickly before they complete their dark work and make off like a shadow in the night.

Community content is available under CC-BY-SA unless otherwise noted.
Advertisement